All Collections
Transforming Data
How to Union data

How to Union data

The Trifacta application provides an easy-to-use tool to help create unions, allowing you to match datasets by name or position. You can also perform manual tweaks to the matches and decide which columns to include or exclude in the resulting dataset.

Or Select Union Icon from the Transformer Toolbar on top

2. In the Union Page that opens, click Add data to bring in additional datasets that you want to combine with the current dataset. 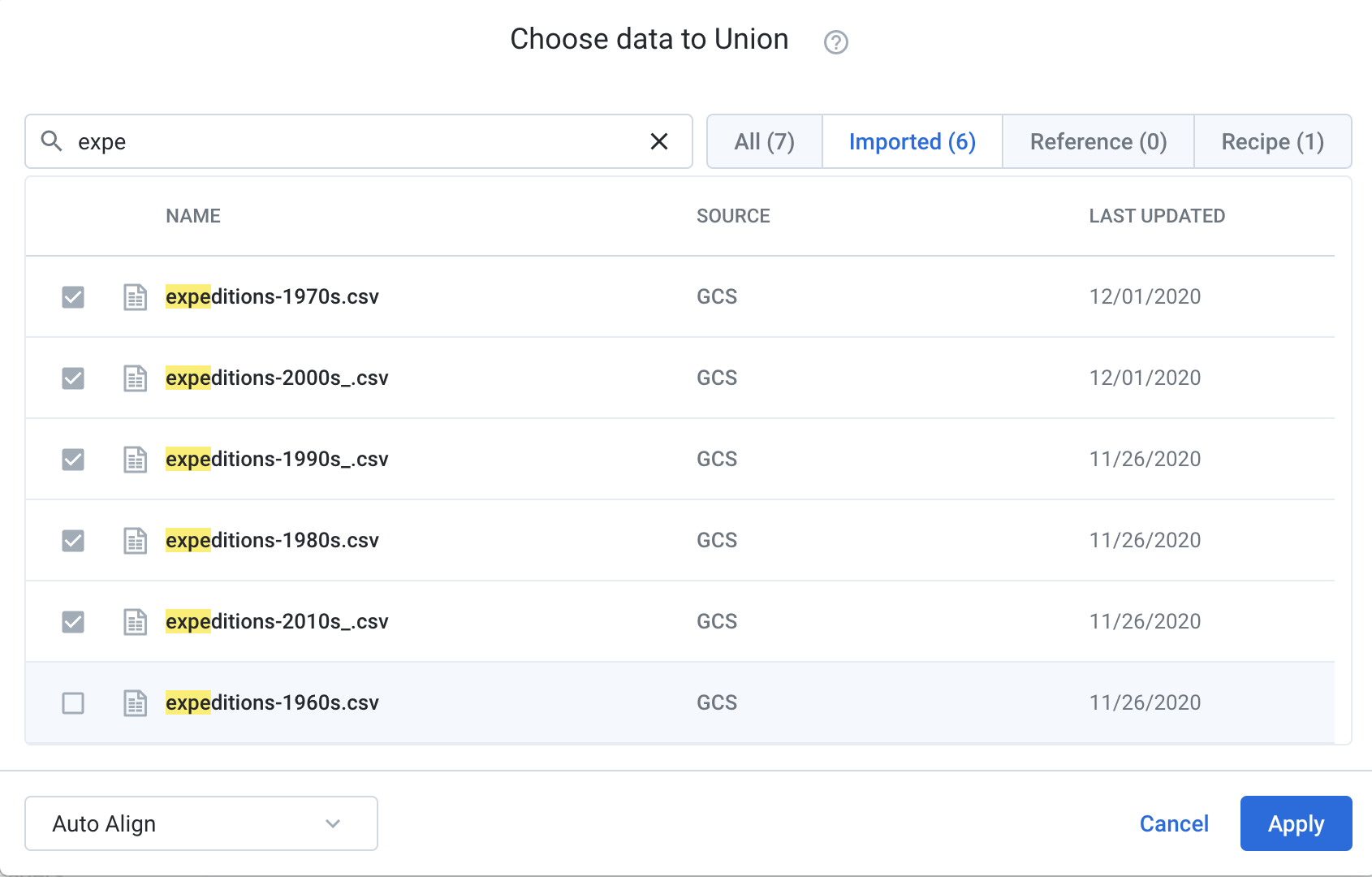 4. You can choose how you want columns to be aligned during the union. 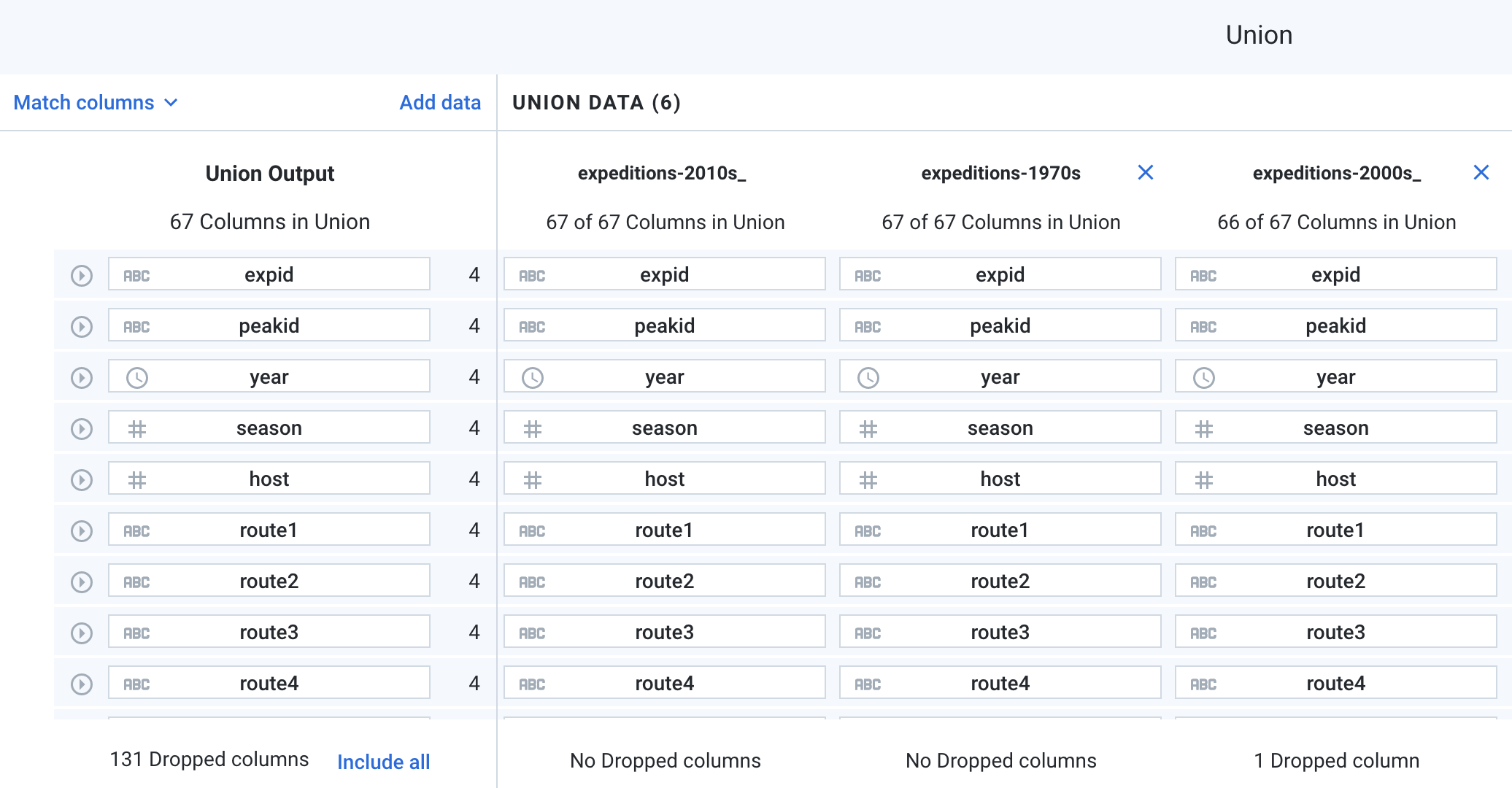 Using Auto Align - Trifacta SaaS performs intelligent mapping of the columns of the new dataset(s) to the dataset already loaded in the Transformer page. 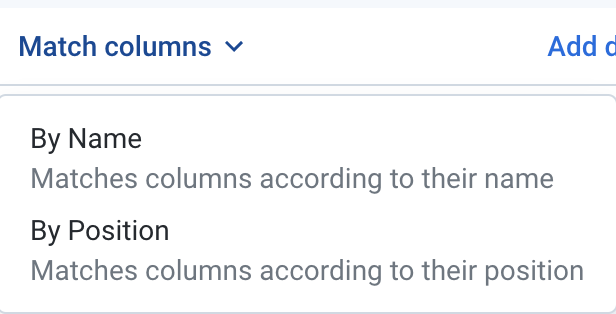 5. Continue to Add data, Edit or drop columns and align data as needed.

In the left panel, you can review and modify the columns to be included in and excluded from the output. 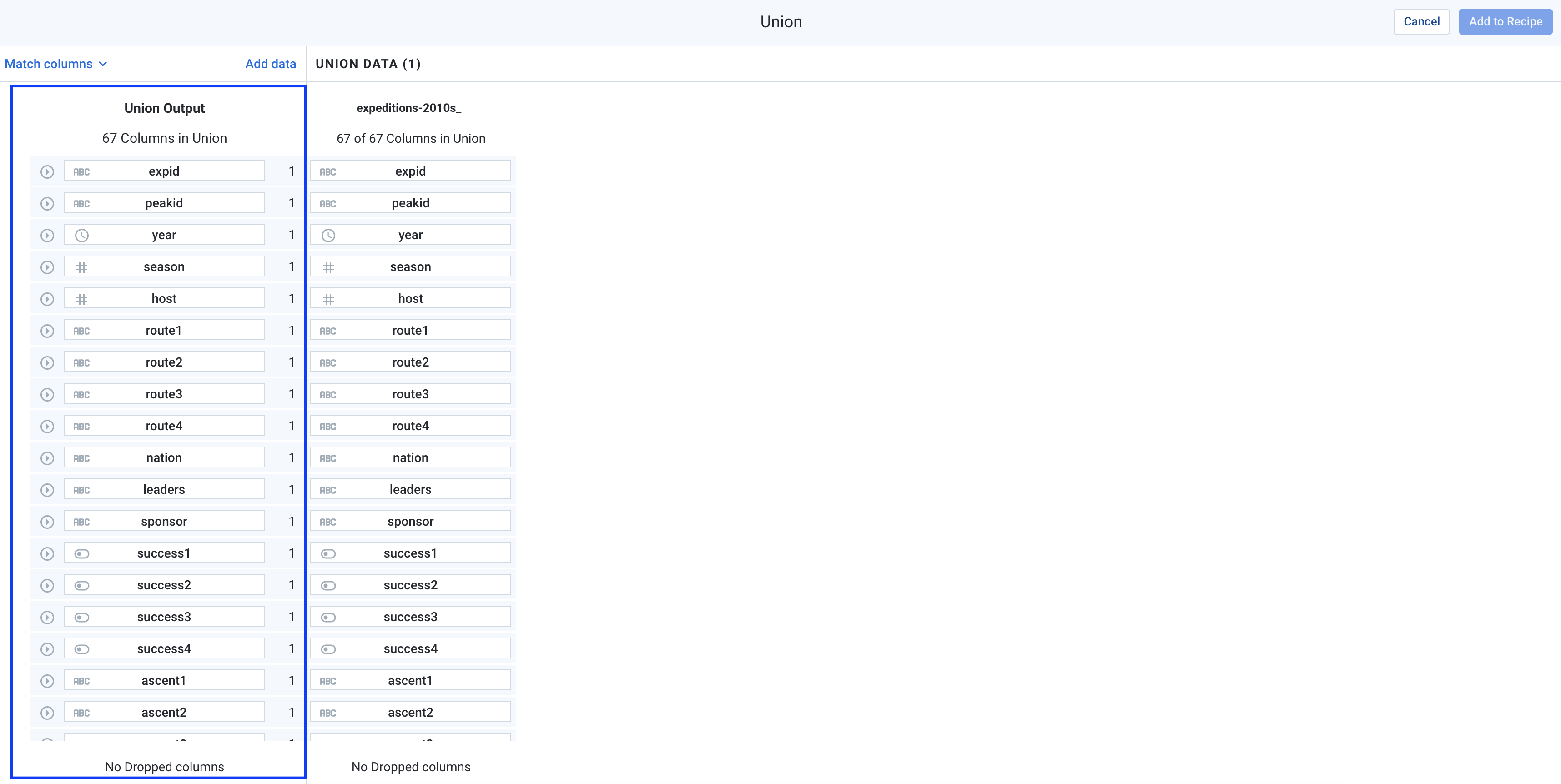 You can see the columns that are sources for the union output column on the same line in the right panel.

Once satisfied, you can click on Add to Recipe 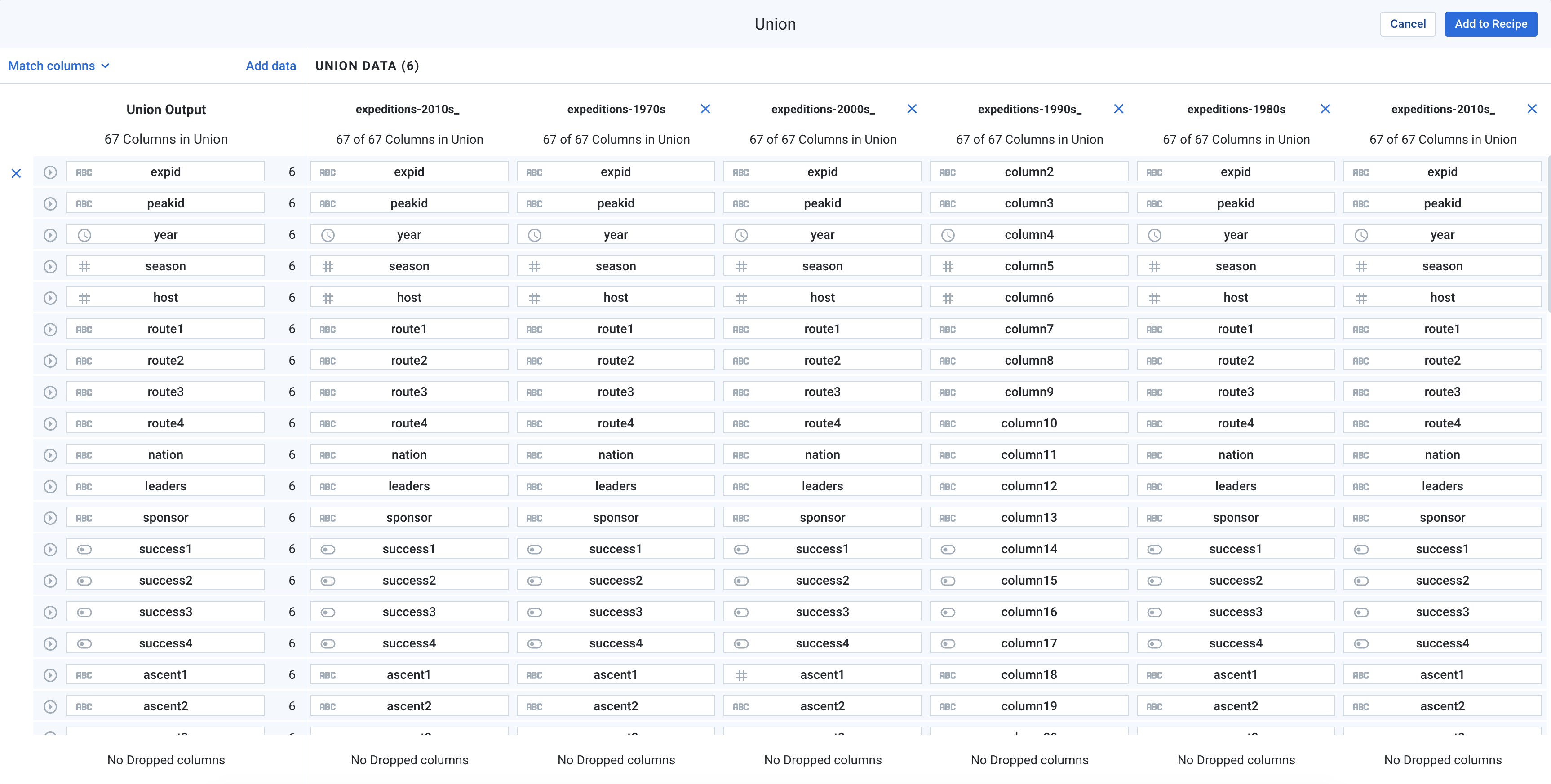 8. The Union step gets added to the recipe.

To modify a union after it has been created, click the Edit icon for the entry in the Recipe panel. See Recipe Panel.

To learn more about the Union operation, read this detailed documentation guide.

Did this answer your question?